Why I Fight – X Gallentius

The question of “why” has always intrigued me more than “what” or “how”.  While “what” and “how” demonstrate a repeatable process, “why” reveals someone’s intentions and motivations.  And let’s be honest, long after a person’s “how” has been exhausted, their “why” keeps them fighting for a cause.  In the article below, X Gallentius explains why he fights for the Gallente Militia. 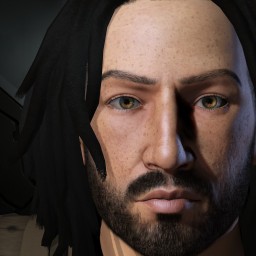 Lt. Sharon ‘Athena’ Agathon (Battlestar Galactica): ‘You pick your side, and you stick – you don’t cut and run when things get ugly. Otherwise you’ll never have anything. No love, no family. No life to call your own.’

Winning is easy, losing the right way is hard. Justified Chaos [JUSTK] was started at a fairly critical point in FW. The rules of the game had changed, the Caldari were steam-rolling the Gallente systems in hopes of getting to a Tier 5 cash out. There was a very real possibility they would take the entire war zone. QCATS, my former corporation and probably the one corporation the militia looked up to at the time, decided to disengage a bit from FW and switch over to Minmatar to cash in on the perpetual Tier 5 rewards. It was the right move financially for QCATS. However, being in Minmatar militia did not allow them to shoot bunkers which were critical for Gallente FW pilots to not go broke.

It didn’t feel right; you don’t abandon your side when things get tough. You make the other side earn their win. The two things I’ve regretted in this game was not continuing to fight to the bitter end when the Caldari conquered the warzone, and when we fled from EAK when they camped the Nennamaila station instead of staying and fighting.

There would be no third regret. We formed JUSTK and had at it. The philosophy of JUSTK was set from the beginning. We were a Gallente FW corporation whose charter was to make the militia stronger. Militia > Corporation. Inclusive > Exclusive. We would share the same comms as the rest of militia. We would be in open fleets where we could “coach up” our fellow militia pilots. We would help our friends as much as we could. We’re all in this together.

Putting these principles to practice is not as easy as it sounds. Not every player buys in to them, and when other players show up in the wrong ship or act like morons on comms, when spies occasionally disrupt your fleets, there’s a big temptation to do “corp only” fleets and go the “elite” route like so many other experienced FW corporations have done in the past. Fortunately there is a core group of players in the Gallente Militia that believe in these principles strongly enough to see them through.

Station lockouts had just been implemented, and JUSTK was tested early in our corp history when Damar, Super Chair and friends decided to take systems –  starting in Kinakka and working their way down to Intaki. Our [then] sparsely populated home base of Vlillirier was in their way. We told our guys that win or lose we should have fun and fight – make them earn it. If not for the help of our friends in Moira. – specifically Abannan and Garan Nardieu – the FW map may look a lot different today. Inclusive > Exclusive.

Every time there is a looming threat from outside forces joining the Caldari in FW, there are calls for us to start making plans for an orderly retreat to a low sec system outside the FW map such as Pelille or Aeschee. This would be a very smart thing to do if we were just concerned about JUSTK, but it would be bad for the Gallente Militia. At its heart, FW is about occupancy warfare and by committing to holding our low sec system we encourage other Gallente FW corporations to do the same.  Militia > Corp.

The calls for retreat came when Evoke. joined Caldari. They started in Okagaiken and systematically worked their way down to Eha. We decided to make our stand at “Fortress Eha”. Evoke. put up a large POS and laid siege to the system with very large and very well-coordinated fleets. The rest of militia thought there was no way we could hold it, but we had a few advantages on our side – Eha is a bitch to take, full TZ coverage, and some of the fiercest EUTZ guerrilla warfare specialists in FW – with the boys from Level Up (praznimrak and Killer Rasta) at the top of the list. I have fought with these guys since the beginning of FW and the experience we all gained over the years paid off. Our vastly outnumbered EUTZ pilots were able to pick off Evoke. pilots when they spread out, and kept them balled up to slow down their plexing efforts just enough for our other TZs to cap more plexes every day.

The fighting was fierce and costly; Evoke. adjusted, and we resorted to Derp Atrons and Attrition Cats to keep fighting. While the kill:death ratio was 1:1, our isk efficiency went through the roof. Either due to lagging kb efficiency or lack of progress, Evoke. finally  left FW. Plans for an orderly evacuation from Vlillirier were put on hold.

The next potential “Extinction Event” that lead to more calls for an “Evacuation Plan” happened when TEST entered FW late last year. I thought that if there was an entity that could roflstomp the war zone, they would be it. They had the numbers, they had the TZ coverage, they had a stated goal of conquering the warzone. Then on top of that, it seemed that every single Caldari FW corporation outside of Old Man Gang decided to move next door to Innia as well. If there was ever a time we would lose Eha and the war zone, this was it. The situation looked bleak, but we had to make them earn it. We would make our stand in Fortress Eha, and this time JUSTK took the lead – our AUTZ contingent in particular –  and again we received a significant amount of help from almost every Gallente Militia corporation whenever the situation got critical. Inclusive > Exclusive. Against the odds, after serious levels of consistent pressure over three months – we held.

I’m sure the large number of skilled pilots we have that step up and FC when the need arises, our ever evolving plex fighting doctrines, the dedication of many players to get the right ships on station to hand out, and our integrated and overlapping set of intel channels and mailing lists have a lot to do with us holding Eha.

But the principles of Militia > Corp, Inclusive > Exclusive, and making the other guy earn their victory are why all those things are there in first place.  The cold-blooded killers of today were noobs in our fleets yesterday, and they have grown up in a culture that encourages fighting and supporting each other – not killboard efficiency and docking up when there is no FC.

While these things go in cycles, today the Gallente Militia is as strong as ever. Our militia has more FW kills and holds more low sec home systems than any other. While others may not see this as a big deal, this is a source of pride for me. By going “all-in” JUSTK is rewarded with more pew than any corporation under 3k members in the game. The Gallente Militia is rewarded with more pew than any alliance in the game bar none.

So why do I fight for the Gallente Militia? The choice was made at the very beginning. I picked Gallente FW when I joined this game. You pick a side and you stick.

Why I Fight – X Gallentius was last modified: March 6th, 2014 by Subsparx

Subsparx has been playing EVE for 10 years now, dabbling in many things but avoiding Null-Sec. He spends most of his time supplying militia with various services, from information and news articles to a public TeamSpeak and Forum, which sadly results in undocking less often than he would like.

Why I Fight – Polska Kielbasa

Why I Fight – Scylus Black

A Eulogy for GalMil’s TeamSpeak Comms

If only every Militia thought like this. Nice Piece.

X Gallentius: my corp CEO and all around good guy. He has always had one single rule on top of his “Militia > Corp, Inclusive > Exclusive” principle. And that rule: is “UNDOCK AND FIGHT”. No wonder we have good fights in corp and militia and why so many noob players under his guidance (in JUSTK especially) become damn good PVP’ers on their own. Go and lose ships, have fun, and help your fellow militia if you can.

Best all around dude I had the pleasure of flying with in Eve. Say hi to the corpies from me!

Why I Fight – X Gallentius was last modified: March 6th, 2014 by Subsparx