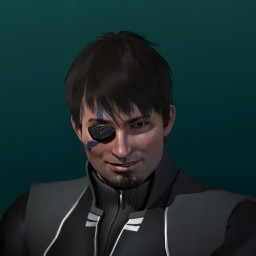 Late Night Alliance is one of the premier Minmatar alliances in Amarr/Minmatar Faction Warfare space. With the Amarr-Minmatar warzone now shifting in favor of the Minmatar, I journeyed to Fortress Huola to find a voice on the other (Minmatar) side of the perpetual conflict. In the following interview, ShahFluffers, LNA alliance member of the Ice Fire Warriors corporation, shares his thoughts on the Amarr Spring campaigns in Huola and Lulm, the Minmatar counter-attack, and Factional Warfare mechanics in general.

• It was too far from Huola, making reshipping up or down painfully slow and not worthwhile (we missed a lot of fights because of this).
• No one wanted to commit any assets (like a carrier full of ships) to a system that was already hovering around 50%.

The warzone (especially the Minmatar/Amarr one) is defined less by the PvP and war tactics and more by the farmers that wonder “which side can we earn the most LP from?” It has gotten to a point where it is almost predictable when a warzone shift is about to happen (and I have noticed that the market does somewhat reflect this tendency as well).

As for station lockouts… it does make sense lore-wise and it does encourage some degree of cooperation… but it also discourages people from spreading out within a warzone (out of fear of being locked out due to conditions beyond their control) and makes leaving the militia entirely a very attractive thing (as some former FW veterans have found out).

Reginald Sakakibara is a relatively new player to both EvE and faction warfare, formerly fighting for Her Majesty as a member of Heart of Pyerite [NO45] in Imperial Outlaws. He continues to call the warzone his home, living in Kamela as a member of Death by Design [URGRD] within Did he say Jump.

The Current State of the Amarr Warzone

Why I Fight – Polska Kielbasa

The Battle for Huola

Minmatar/Amarr Micro Update – The Liberation of...

The Rise of Amarr and the Loss...